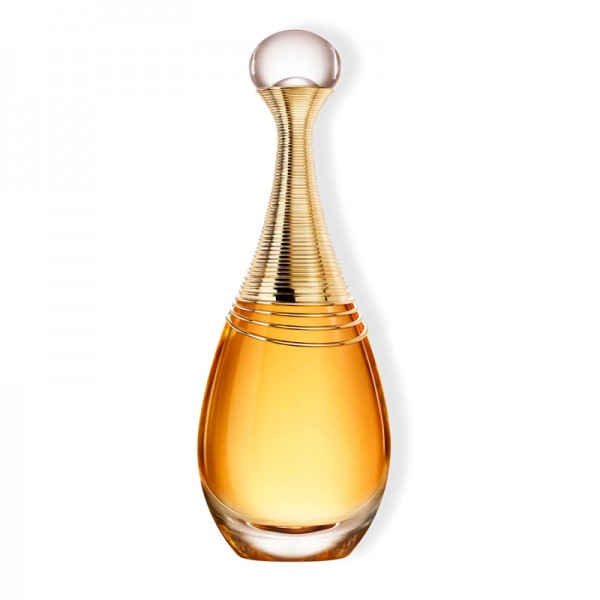 Enter your text
Max characters: 40
0/40
Gifts associated with this product

The flowers of J'adore are released and deployed in a new sensual, powerful and enveloping fragrance: the Eau de Parfum infinissime.
An endless whirlwind of released flowers exhaling their perfume to infinity: the centifolia rose, the sambac jasmine, the ylang-ylang and the nardo of the Grasse region are chiselled with the woody accents of a creamy snail.
Familiar but surprising, like a sensual sister of J'adore, the solar Eau de Parfum, the fragrance becomes "infinissime", as does its infinite sleer.

J'adore Eau de Parfum infinissime has a unique, voluptuous charm thanks to Grasse's nardo. By introducing him to J'adore's composition, I created an encounter: as if J'adore "seduced" the intriguing nardo, made it his own, reinvented him, gave him light. Immediately reveals a powerful and safe femininity.

For the Eau de Parfum infinissime, Francois Demachy has deployed the flowers of J'adore's bouquet, wrapping them in a dizzying and intense sensuality with woody accents.
Exuberant and carnal, the centifolia rose dialogues with a sambac jasmine with an orange facet on the note of exit and a fresh and incisive muguete chord.
Soft and bright at the same time, ylang-ylang illuminates the composition with its immediate florality.
Refreshed by bergamot and juicy blood orange, the nardo of the Grasse region transforms the bouquet with its carnal amplitude. It gives it an unprecedented volume, a sensual charm, a disturbing tenacity.
Together with it, a creamy, dairy and enveloping sndalo brings a new woody facet to J'adore.

The score is calculated based on the 56 TrsutedShops reviews collected in the last 12 months.
In total, sabinastore.com/en has already collected 56 reviews.
Reviews about this product
Summary