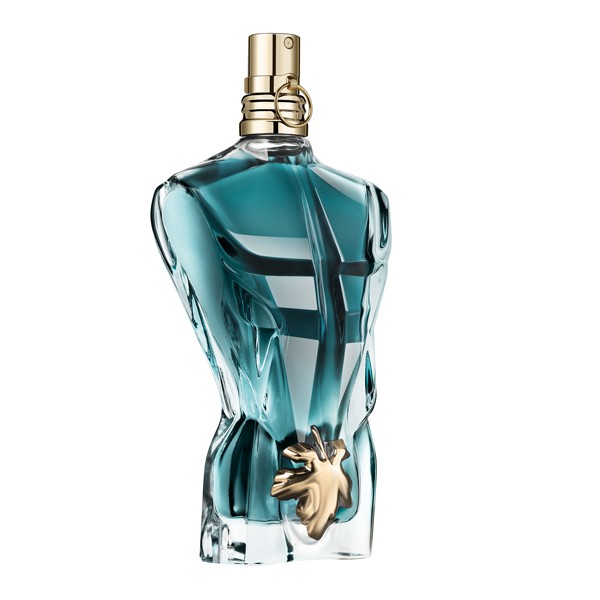 Jean Paul Gaultier has created the bottle of Le Beau appears in the form of a bare chest. It's green, and it shines. A vine leaf, in gold, carefully placed where the eyes can remain. Jean Paul Gaultier looked at the exquisite busts and exclaimed, "These two were made to lead us to temptation!" And they were.

Jean Paul Gaultier has created the box for Le Beau,and the case appears at the foot of a bush. It's emerald green, so dark, it reminds us of everything that's lush in this world. Its golden letters shine like the honey of the original desire. Jean Paul Gaultier looks at the two provocative and sexy cases, and said, "Presentation is everything, and nothing!"

Le Beau follows the iconic Le Male fragrance and arrives in the same shape as Parfum's Le Male Essence 2016, signed by perfumer Quentin Bisch. In the masculine "The Titan" as the jar, there is a fresh, energetic and exotic cocktail with fresh aqueous notes of coconut and green, and a pleasant creamy and almond touch of tonka, with the effect of dry wood that is presented in the female edition as well. The bergamot is fresh and stimulating, the salty notes are present and create a leisure atmosphere, and the aqueous notes of coconut provide relaxation. During their development, tonka beans soothe fresh and salty splashes and settle them in a fine, dark and peaceful environment.