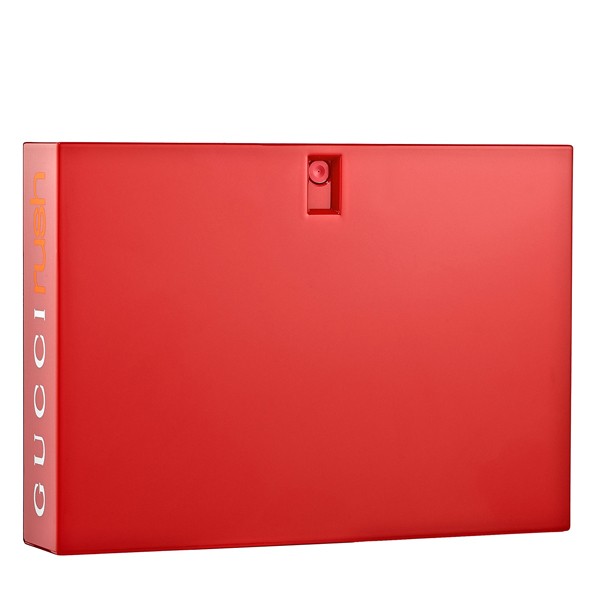 The RUSH jar,square, is reminiscent of a video cassette. Strong red, it has the appearance of an unusual and singular contemporary art object.

GUCCI RUSH EAU BY TOILETT E, it's an explosive cocktail of exotic flowers. A heady perfume.

The RUSH fragrance (which can be translated by "Throwing yourself") expresses the irresistible attraction to someone, like a violent and physical arrow. It is also the name of an exciting drug widely consumed in the 80s in the United States.

It's got good fixation.

Use it daily,preferably in the afternoon-night in cool times.